Image: 6 Another at his desk

The legacy of Charles K. Blandin stems from a childhood marked with deep poverty, hard work, progress, business success and more. It’s a life story that culminated in a deep relationship with Grand Rapids, Minnesota – the community that was both home to the paper mill that bore his name, as well as the place to which he was personally committed. Upon his death, Mr. Blandin wished that his considerable and hard-earned assets be used to perpetuate the betterment of rural communities, especially the Grand Rapids area.

The son of a Wisconsin farmer, Charles K. Blandin was an entrepreneur before age 12. He turned a part-time job at a weekly newspaper into an apprenticeship and, eventually, a career in publishing. A self-educated and self-reliant man, he adhered to the principle: be progressive, try new things. In his lifetime, Blandin taught school, ran several weekly newspapers, managed a successful metropolitan daily, and engineered the growth of a highly profitable, world-class paper mill in northern Minnesota.

Profits of the St. Paul Pioneer Press/Dispatch Printing Company rose impressively under Blandin’s management in the early 1900s. After purchasing the Itasca Paper Company in Grand Rapids, Minnesota in 1916, the Dispatch owner died; his widow offered Charles half the company stock and a chance to manage the entire operation. When newsprint production became unprofitable, he changed to ground wood papers and pioneered the manufacture of high-quality, coated stock. In 1927, Blandin sold the St. Paul newspapers, but not the paper mill. Two years later, its name was changed to the Blandin Paper Company.

After his wife died in 1940, Blandin spent even more time in Grand Rapids, deepening his relationship with the community. To prepare for his company’s future and desiring to serve the needs of the area after his death, Blandin stipulated in his will that a foundation be established to perpetuate the distribution of company profits to community advantage. When he died in 1958, the Foundation had assets of approximately $1 million. With investment of the proceeds from the sale of the mill in 1977, Blandin’s endowment for the foundation has grown to more than $484.2 million as of December 31, 2020. 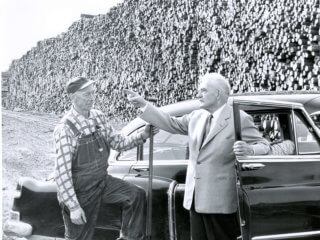 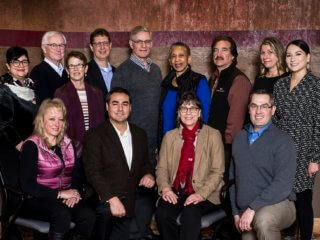 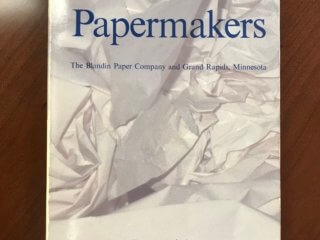