Rural: talk about your community’s bloom, not the doom and gloom 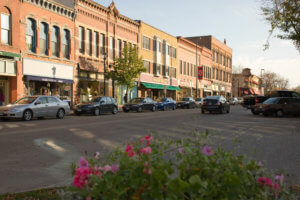 Kids are leaving. Schools are closing. Jobs are being lost. Rural is dying. This is the dominant narrative of rural today. Doom and gloom and more doom.

What we aren’t hearing is the rest of the story. Yes, young adults are leaving after they graduate high school, but they’re coming back. Schools are consolidating but it’s nowhere near the rate it was 25 years ago. Total jobs in Greater Minnesota have stayed pretty constant for the last decade. Rural is not dying. Rural is thriving.

Unfortunately, we don’t hear this. The positive part of rural is lodged in a negative narrative, said Ben Winchester at last week’s Center for Small Towns Symposium. What we’re reading in the headlines isn’t giving us the whole truth. And really, that’s not the problem. The problem is that we’re buying into it.

Rural America is perpetuating the dominant discourse that frames problems as the norm and success as the exception. Winchester says this has got to change.

How, you may ask? He gives us a few pathways to explore.

Acknowledge we are great!

The best way to fight a negative narrative is with the positive. We need to change the way we write, talk and live rural. Encourage those in formal leadership positions, such as elected officials, to be aware of the words they use and the stories they share. These are powerful signals to those not familiar with rural’s hidden strengths and assets. Start by celebrating your community’s strengths. A great example is a series of short films coming out of our home community called Gems of Itasca. Homegrown producer Benjamin Braff and co-producer and director Alisi Styles, feature eight “gems” of Itasca County through rich storytelling that shows those outside the community what a vibrant place it is and makes those that live there feel proud to call it home.

Research who has stayed.

Headlines say that people are leaving rural. That’s simply not true. According to Winchester, the number of people living in rural America from 1970 to 2010 has gone up from 53.5 million to 59.5 million. We’re so focused on the people leaving, we don’t know all that much about the people who are choosing to stay. Work with community leaders to understand who’s currently living in your community and why they chose to make it their home. You might discover some interesting, new ways to talk about your community.

Understand that the future of our small towns is based on who will be here, not who is currently here.

Did you know that only about 1/3 of people who move to a small town have a previous connection to that town? This means a few things. One, people who move back in their 30s and 40s (see brain gain) are bringing families with them. Two, it’s not just the returnees coming back – people are choosing rural. Not because of jobs, they’re moving for a better quality of life, friendlier people, and a greater sense of security, among other things. Immigration, baby boomer retention and millennial recruitment are all promising opportunities for the future. The bottom line, and something that we heard repeatedly at the Symposium, is that when looking to the future, the new economic development model is people-focused, not place-focused. Know who’s staying in your community and who’s moving there to better understand your community’s strengths – then tell the world!