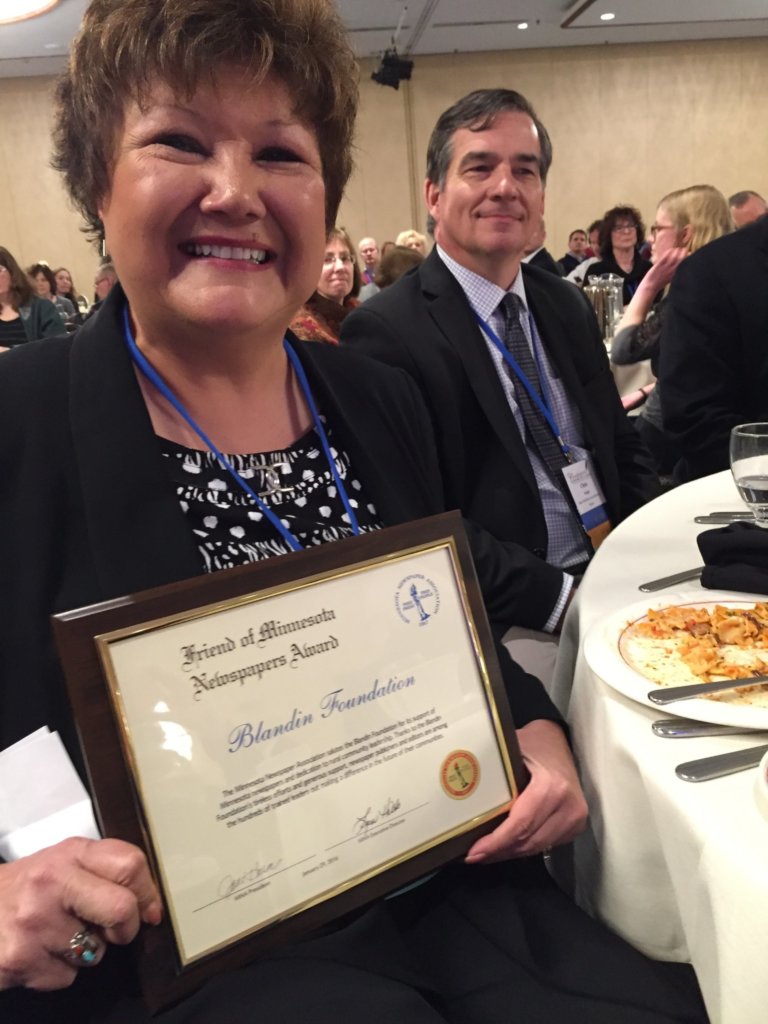 “At the age of 12, Blandin left school to become an apprentice at the [New London] Times. Two years later young Blandin decided to leave New London and strike out on his own.” — Papermakers, p. 119

Forty-three years after Charles K. Blandin’s first embarked on his journey to “make it” in the world, he addressed a crowd of Minnesota newspaper editors and publishers at a gathering of the Minnesota Editorial Association. After a distinguished career in publishing that started at the Sanborn Sentinel, moved to the Olivia Weekly Press and ultimately ended at the St. Paul Pioneer Press, Mr. Blandin delivered a speech on, “The Value of Country Newspapers.”

In his address, Mr. Blandin talked about the difficult, but extremely important role small-town newspapers played in the late 1800s, early 1900s.  He said, “the country newspaper exerted, ‘a powerful influence upon the lives and habits of our people’ … ‘I am proud to say that whatever success in life has come to me, I owe to early experience in a country newspaper office,” (Papermakers, p. 132).

In her acceptance remarks, she said, “Nearly 90 years later, I stand before you on his behalf. I can even imagine him standing here with me, pointing a finger in his stern German manner, saying: For all that you do to help our democracy work, to advance healthy, vibrant communities — thank you!”

For rural communities to thrive, a strong community information ecosystem is a must. Small-town newspapers function as connective tissue — linking people to the news and events they need to fully experience community life.

Through the Editors & Publishers program ran by MNA, rural Minnesota newspapers are taking a deeper look at how their coverage can advance the health and vibrancy of their communities. This program, modeled after the Blandin Community Leadership Program, trains attendees to look at their coverage in terms of the different dimensions of a healthy community, allowing them to identify their strengths and gaps in coverage.

Small-town newspapers continue to meet the changing needs of the communities by crafting meaningful, hyper-local content. With two-thirds of rural residents  relying on their local newspaper for news and information, they are just as central to vibrant communities today as they were nearly 100 years ago.