Grand Rapids, like many Greater Minnesota cities, works toward a welcoming environment 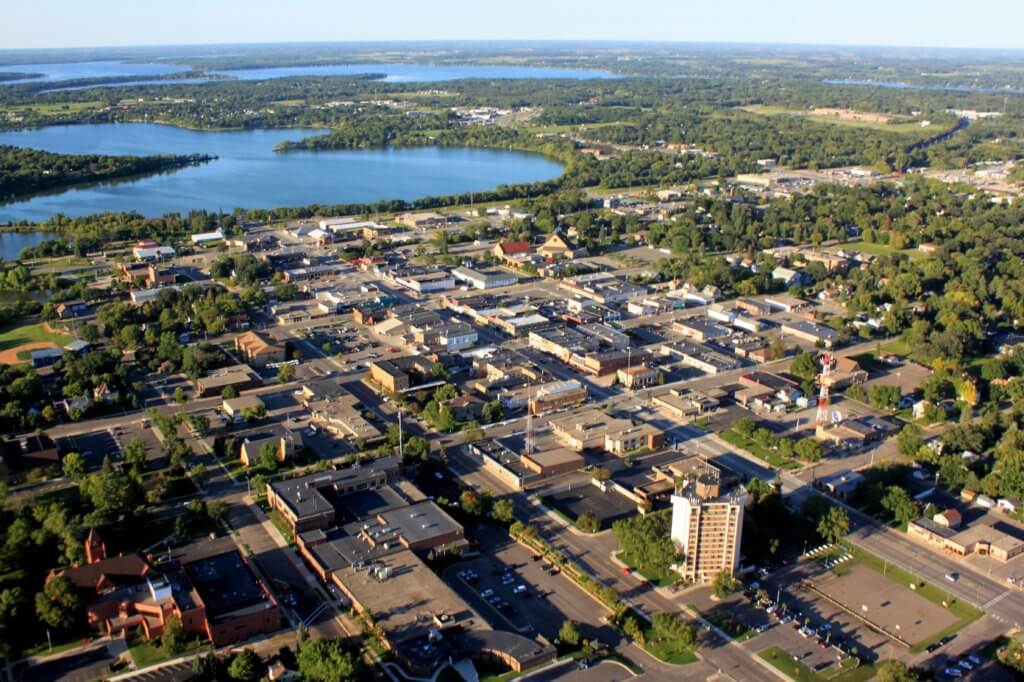 Tasha Connelly left Grand Rapids after high school and didn’t think anything would ever bring her back.  But after years away living in other states, including Florida and Colorado, the usual things began to chip away at her resolve: family ties, a desire for more community, the lure of less traffic.

She eventually returned, but the time away provided some perspective.  Most notably, she began to see what she admits she hadn’t really before – the diversity of people that exists even in this small northern Minnesota city in Itasca County

That helped when she was elected to the city council and then appointed to its Human Rights Commission.  “Change and growth is a hard thing,” she said.  “Our responsibility (as civic leaders) is to provide people who live here with what they need and to also foresee what those future generations will need.”

Like many cities in Greater Minnesota, Grand Rapids has been trying to address a thorny question: How do we becoming a more welcoming place in an era of rapid demographic and cultural change?

Answers have been found in various ways and through a variety of people and institutions.  The city, for instance, is one of the few in Minnesota that celebrates Indigenous People’s Day.  Itasca Community College has hosted diversity sessions with local public officials.  A local group that calls itself the Community Action Team, meanwhile, is currently screening a short film, Colored Lines: A Story of Race in Itasca County, throughout the region.

The Community Action Team (which the Blandin Foundation has backed financially) came up with a motto that perhaps best reflects the task many cities are undertaking in these fractured times: to “build communities where Black, Indigenous and People of Color are respected, and everyone can thrive.”

While 95 percent of Grand Rapids’ population of 11,000 is white, according to U.S. Census figures, other regional centers have become increasingly diverse.

About a third of Willmar’s population of 20,000, for instance, is now made up of Latino and Somali residents.  A half-dozen languages are spoken in the local high school, where half the student body consists of ethnic minorities.

Earlier this month, in a sign of that permanent change, the city council authorized the installation of two works of public art in the city’s downtown – a mural and a statute – that will reflect the “welcoming resolution” that the city approved three years ago.  The city also plans to hire a community outreach coordinator who will be charged with working on diversity initiatives.

Mayor Marv Calvin said that when he was first elected six years ago, he spent two-thirds of his time on issues related to ethnic diversity; now it’s perhaps one-fourth.  He shared that not to suggest that he suddenly lacks interest in the issue but to show how it has simply become a normal part of the city’s fabric.

“The city is more embracing of diversity than it used to be,” he said.  “People are really looking at it as an asset rather than as something like, you know, ‘Oh, I don’t want to go to Willmar because of – fill in the blank.”

A related organization, Willmar Lakes Area Vision 2040, supports initiatives that, according to its inclusion statement, “intentionally focus on bridging across cultures and generations.”  The health insurer Blue Cross and Blue Shield of Minnesota recently completed a five-year initiative in Willmar that included grants for shared ethnic dinners and other cross-cultural events.

Alexandria, in the west-central Minnesota lakes country of Douglas County, has, like Grand Rapids, remained largely homogenous, with a white population of about 92 percent, according to Census figures.

Josette Ciceron moved to Alexandria from Tampa, Florida, in 2015.  The move was made mostly out of necessity; she and her husband had lost their home and their jobs.  Her brother-in-law, who lived in Alexandria, had been encouraging the move for years.

For Ciceron, who is of Haitian descent, rural Minnesota was a “culture shock” – and not only because of the winter.  She remembers being called a n—-r while standing in line at an Alexandria store with her young daughter, an incident she first shared in a local magazine profile.

Feeling isolated, Ciceron learned about the Alexandria Inclusion Network, a group that had been founded about a decade earlier to, as Ciceron characterized it, “bring in newcomers and help marginalized people in the community.”

Ciceron now hosts a radio show sponsored by the network.  She helped to organize rallies in Alexandria last summer in the wake of the George Floyd killing in Minneapolis.  “I really found my voice,” she said.

Yet, the network’s efforts reveal the challenge of diversity work and, perhaps, the limits of its reach.  One of Ciceron’s shows, for example, revolved around the provocative concept of “white privilege,” which, she acknowledged, is very polarizing.

“Part of the Inclusion Network is to try to be bold and on the side of truth and humanity, so it’s natural that we will maybe lean one side politically than the other,” she explained.  “But do we make it our business to get involved in politics?  No.  Our cause is to uplift.”

More work to be done
Grand Rapids’ steady population increase – it had about 3,000 fewer residents in 1990 – suggests the powerful draw of the Minnesota woods as a place to live.  The natural beauty of its location, moreover, is buttressed by cultural draws like the Reif Performing Arts Center, which offers music and live theater, and Northern Community Radio, a public radio station whose broadcasts go far beyond the usual small-town fare.

Paola Lopez Cortez, another member of the city’s Human Rights Commission, moved there from Mexico City when she was 10, graduating from Grand Rapids High School and Itasca Community College before moving to the West Coast.

She, like Connelly, also eventually returned, bringing her Los Angeles-bred fiancé (now husband) with her.  In an appearance in Colored Lines, the local film, she recalls being called a “wetback” when she was growing up and, more recently, some racist comments directed toward her husband.

But in an interview for this article, she said she and her husband like living in northern Minnesota, for the most part.  She also talked fondly about coaching the high school’s color guard team how the students’ relationships represent a harbinger of how things might eventually be.

“Kids now are way more accepting and not as critical (of people of other races) as they used to be” she said.  “They are way more open-minded and just happy to have friends from different backgrounds.”

She added: “Grand Rapids is really trying to be a more welcoming place for all.”