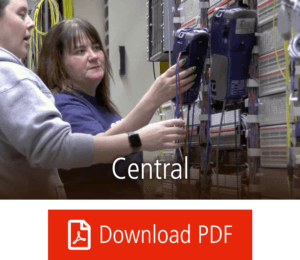 In completing this comprehensive research study, 1,068 telephone interviews were conducted with rural Minnesotans overall. The full report can be found at www.RuralPulse.org. To provide a localized perspective, study findings for Central Minnesota are included in the following pages and contrasted with overall rural Minnesota responses. Intended to serve as a regional snapshot against full study observations, data reflects a statistical reliability of +/- 6 percent at the 95 percent confidence level. Also, please note that results within regional reports do not include communities of 35,000+; these cities are grouped within metro Minnesota findings – see full report for more information. 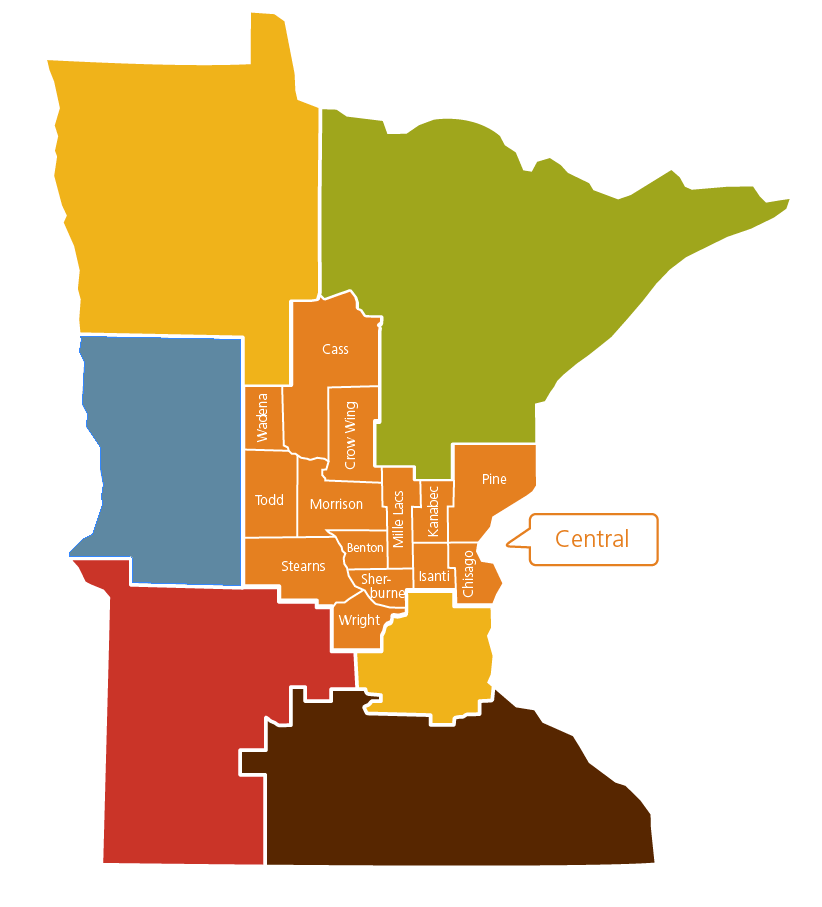 The majority of residents in Central Minnesota felt that they can make a positive impact on their local community, and believe their community works together effectively – both up significantly since 2016. 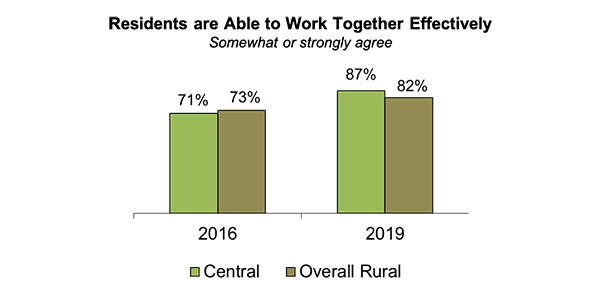 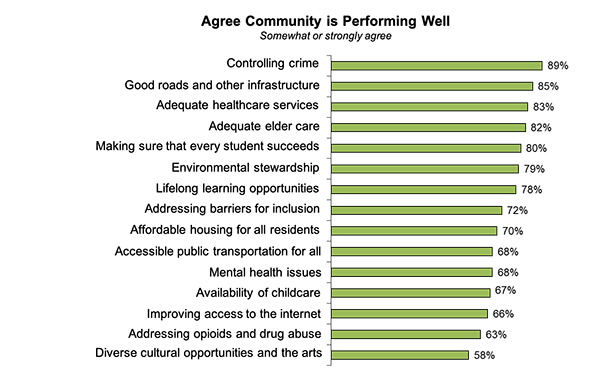 Central residents felt their community has improved since 2016 with regards to infrastructure, and especially in offering accessible public transportation for all, including the disabled. 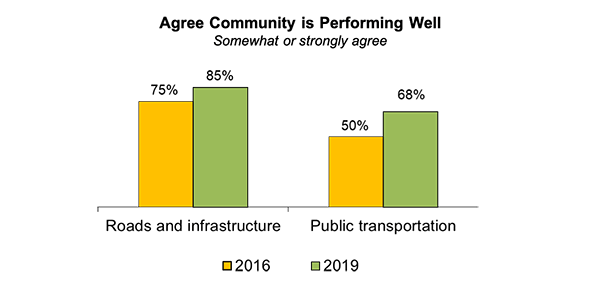 When comparing issue significance and satisfaction, Central Minnesotans felt their communities are underperforming in certain areas – to the most significant degree in addressing drug abuse and mental health issues.

More than a third of residents in Central Minnesota believed the needs of rural communities are not as important to policy makers as those of metro areas, about the same as in 2016 study findings.

The most critical issues to address in the Central region were said to be jobs, healthcare, opioids and drug abuse, mental health, public transportation and affordable housing.

Rural Minnesotans continue to experience a rebound in the economy, very clearly in Central Minnesota. About four in 10 felt the local economy has improved within the past year, showing a continued increase since 2013. There was growing belief that there are an adequate number of living-wage jobs. It was felt by 68 percent that Central region communities maintain/grow job opportunities.

Confidence that economic development is being promoted has increased. Seventy-two percent felt there is an adequate workforce available for local businesses.

A third of Central region residents said their household income increased over the past year. Job losses have declined since 2016 study findings.

Twelve percent of Central residents said that they do not expect to live in their same community five years from now. Nine percent have considered moving to a metropolitan area – a significant decrease from 2016 study findings. Many said the search for job opportunities is the motivating factor for considering relocation.

About half of residents in Central Minnesota said that they have at least some close friends of a different race or culture.

Central residents were most likely to have felt the groups that experience bias, discrimination or harassment within their community include transgender individuals, those with drug or mental health issues, recent immigrants, gays and lesbians, and Native Americans.

Just over four in five residents of Central Minnesota believe people in their community are able to stand up to hatred and discrimination.

Overall, more than four in five Central region residents are optimistic about their community’s future. 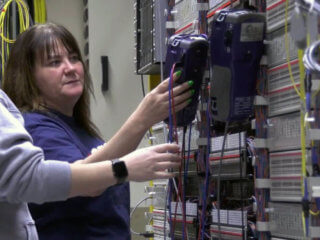