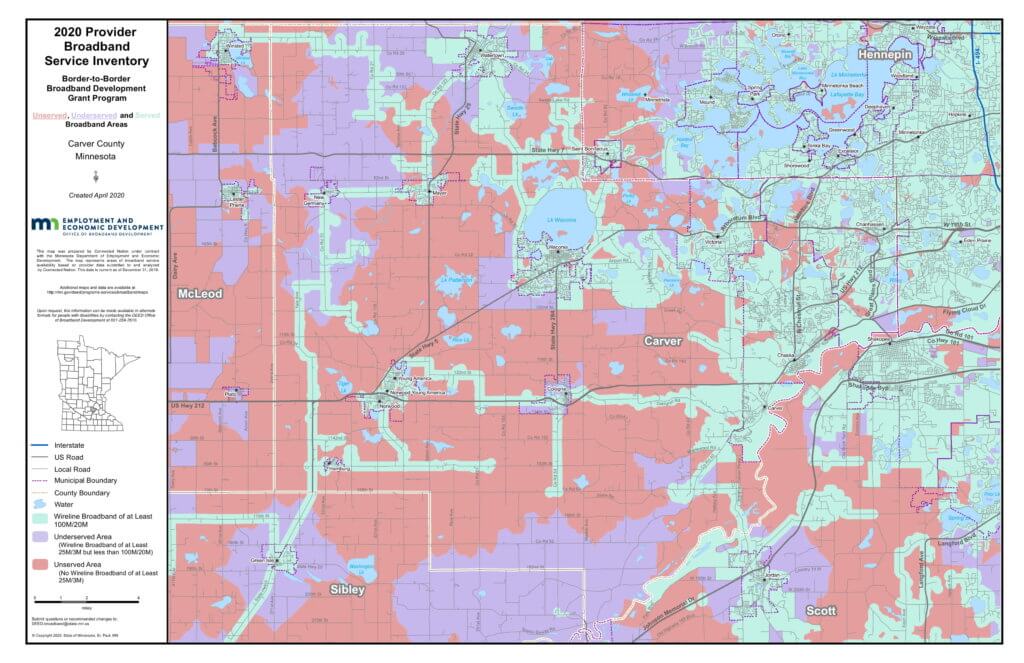 Carver County is stalled with 85-90 percent of the county having access to 100/20 Mbps broadband. They received an American Recovery and Reinvestment Act (ARRA) grant in 2013, which put them on a good path for connectivity but very little has happened since then. They are part of the 7-county metro area. Their cities and towns are well served but areas with lower population density are not.

In  2013, Carver County received ARRA funding for Carverlink, a publicly owned 89-mile base ring with 33 miles of lateral lines. It was completed in Fall of 2013.

Carverlink has left them in good shape, but not enough has happened since then.

Part of Carver County was served by Jaguar, which was acquired by MetroNet in July (2020). MetroNet claims they will invest $150 million to grow their Minnesota market.