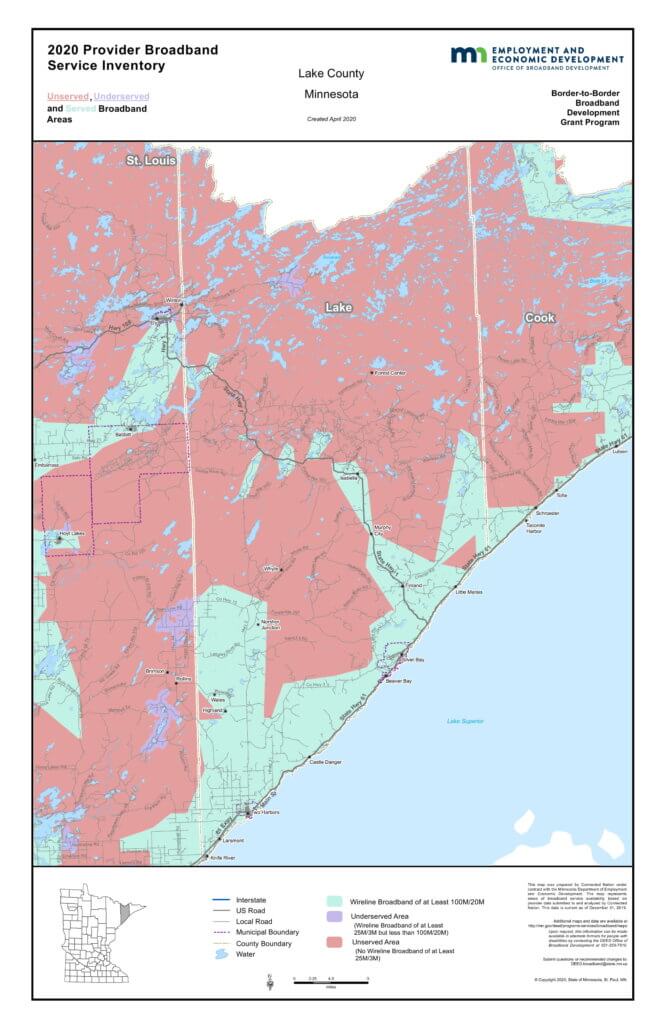 Lake County received an American Recovery and Reinvestment Act (ARRA) award in 2010 to build Fiber to the Home (FTTH). That grant came with a lot of bumps in the road, but now more than 90 percent of the very remote county has access to 100/20 Mbps broadband. The county continues to make strides in broadband use. They probably need an extra push to get the remaining households covered by the 2026 goal, but they are close.

In 2010, Lake County received an ARRA award of $66.3 million to improve broadband access in their area; about $10 million of the award was an outright grant; the rest was a low-interest loan. There were bumps along the road to getting fiber to the community but now they are well served.

Lake County was a 2013-2014 Blandin Broadband Community (BBC) and they were featured in a report on the community return on public investment in broadband, which found $83,418,170 investments had been made in the community; using formulas devised to measure impact of broadband access, Lake County has the potential to realize from this investment:

We continue to see improvements in broadband access and adoption in Lake County:

Last Fall, the Blandin Foundation Courageous Leadership was posthumously awarded to Paul Bergman, whose vision for a broadband-enabled future for Lake County brought modern access to the Internet to the residents of the county he loved.