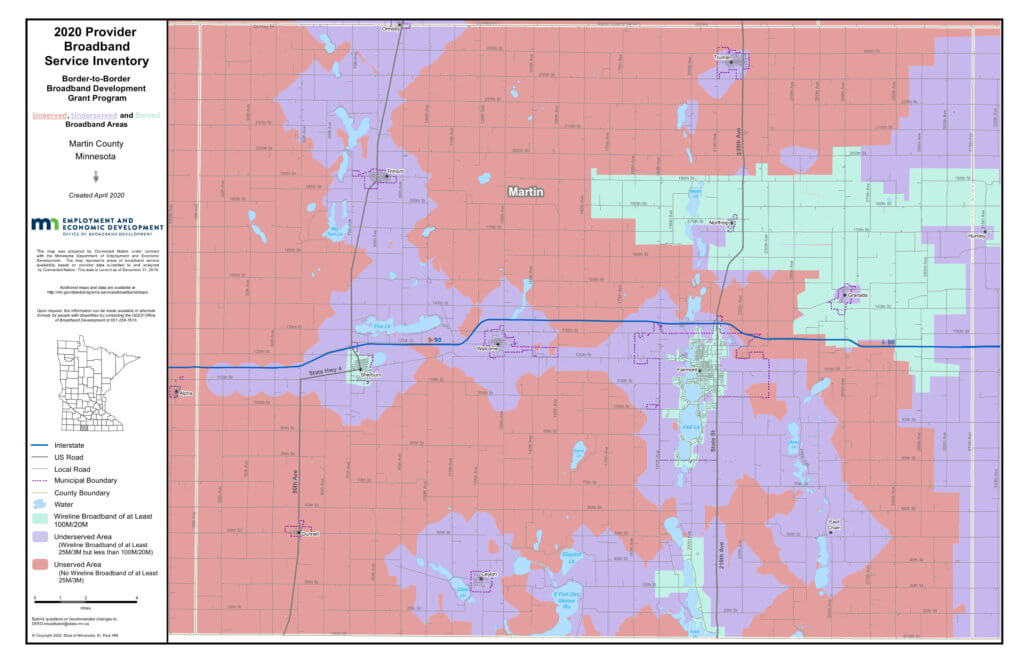 Martin County has seen an increase in broadband coverage in the last year, yet a slip in ranking, which means they are improving but not as fast as other counties. They will see improvements based on a recent MN Border to Border grant award. And the county was named a Telecommuter Forward, which indicates an interest in broadband use and deployment.

Martin County was a 2015-2016 Blandin Broadband Community  and through that partnership they had a feasibility study done in 2017.

Martin County will benefit from a Border to Border grant awarded in the last round:

Martin County was names a Telecommuter Forward community, which indicates an interest in promoting access and adoption.

Martin County has worked with the Blandin Foundation.

There is a matrix of Minnesota broadband adoption projects.