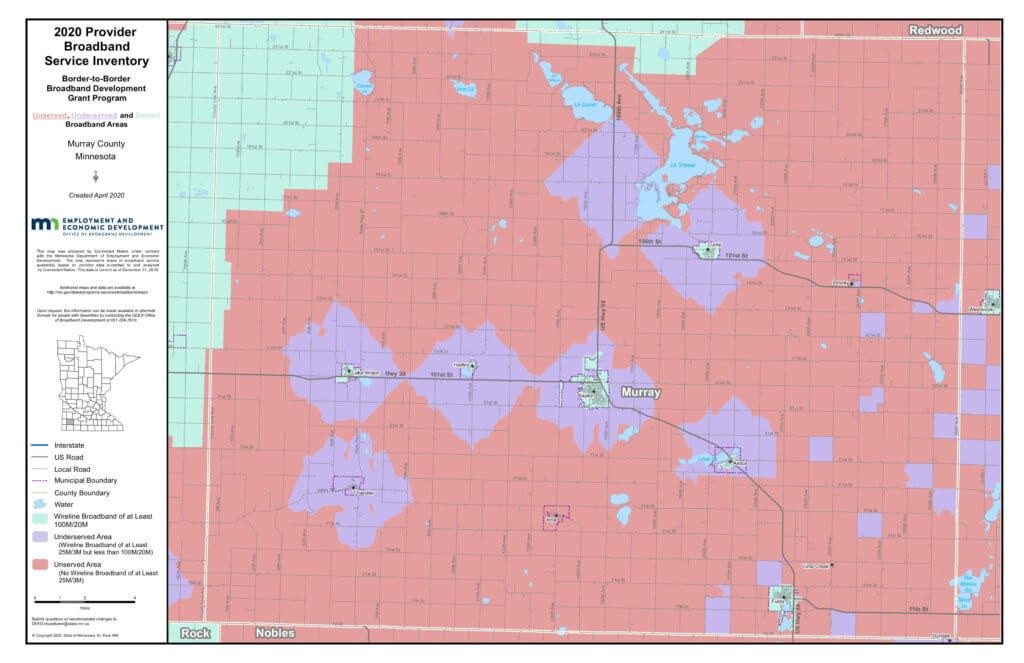 In 2018, Murray County published a feasibility study that indicated that even with a MN Border to Border grant, it was not financially possible to build Fiber to the Home (FTTH). Subsequently, they are left looking at hybrid models, trying to convince the state to increase the 50 percent match or find another solution. There are a few counties with similar feasibility studies that indicate the same thing. I suspect there are other counties that may be in similar situations but have not had feasibility studies to spell it out.

In 2018, with support from the Blandin Foundation, released a feasibility study that was not promising; it indicated that it is not economically feasible to build fiber everywhere in the rural parts of the county using the existing Border-to-Border grant program—the 50% grant matching in that program is not high enough to create a sustainable network.

Murray has benefited from one MN broadband grant:

No broadband news to report from Murray County since last year’s report.