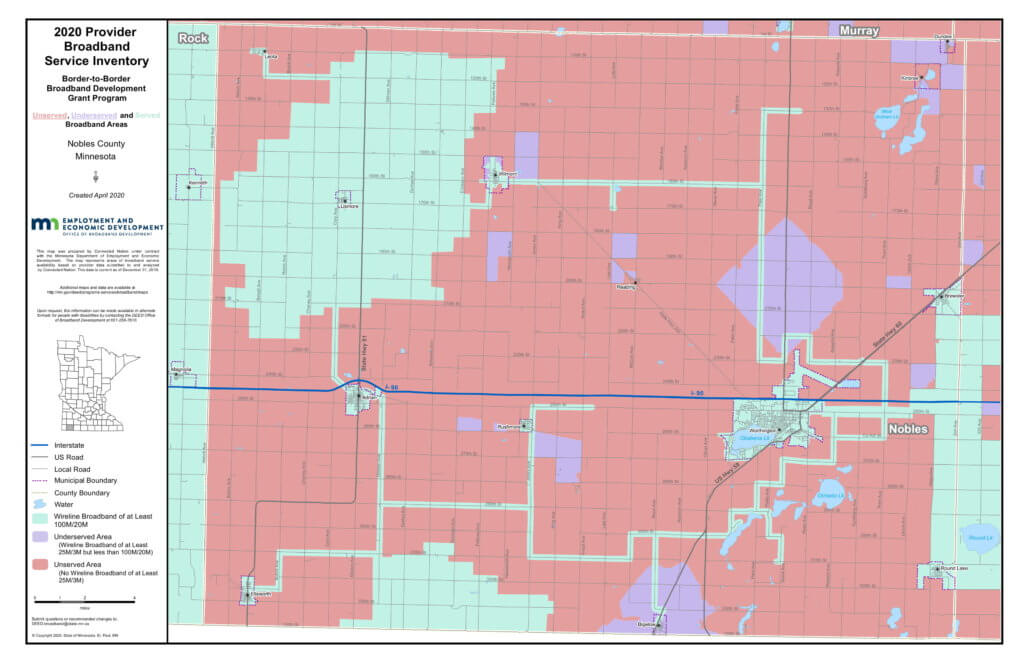 Nobles County was a Blandin Broadband Community (BBC); they have deployed lots of broadband adoption programs. They have benefited from past MN Border to Border grants. In 2018, SDN found a way to expand to parts of Nobles County. They have pretty good coverage and there have been incremental upgrades but to get to the 2026 speed goals throughout the county, they will need to make a push. Because they were a BBC, they likely have a team together that might be able to take that on.

No broadband news reported from Nobles County since the last profile.

Nobles County has worked with the Blandin Foundation.  This project matrix includes descriptions of their community work. https://blandinfoundation.org/content/uploads/vy/BBC_2015-16_Project_Matrix.pdf