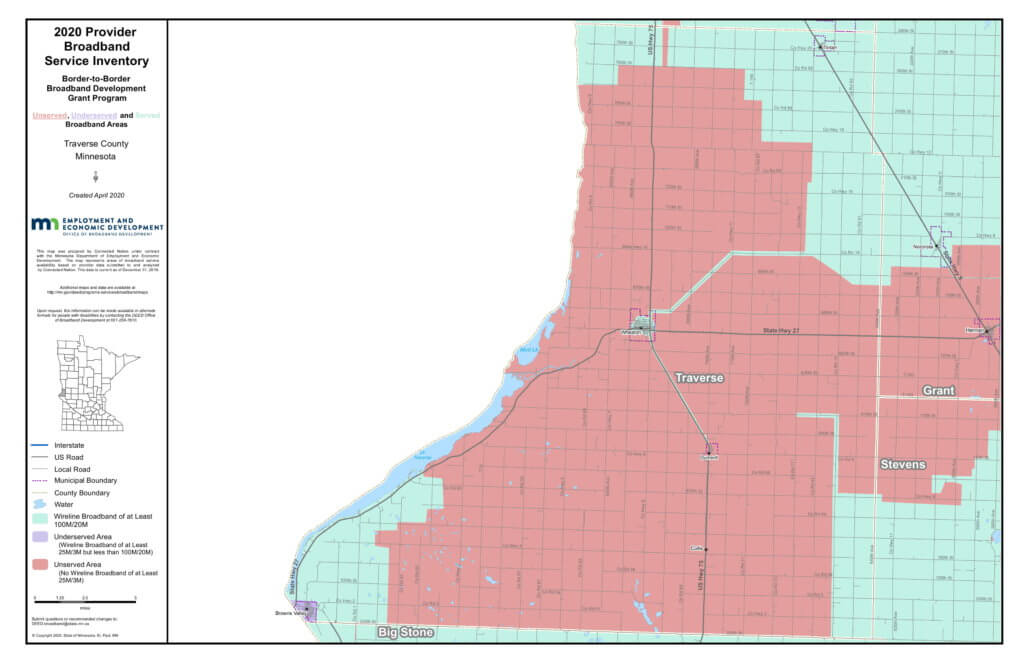 Traverse County made a deal with a wireless provider in 2018; the county helped them to get started and setup. The provider has been successful but the connections available do not meet the 100/20 Mbps or 25/3 Mbps speed goals. But as someone from the county pointed out at the time, it was better than what they had.

With a population density of 2.6, Traverse is unlikely to get better service until they mobilize to get it.

In 2017, Mediacom has announced upgrades to Gig service in parts of Traverse County, specifically Wheaton. Traverse is also getting almost $2 million in FCC funding but that is over the next 10 years. In 2018, they shared that they cut a deal where the county lent a fixed wireless company money and provided some easier access to towers. It was successful. It’s wireless. It’s maybe not 25/3 Mbps but it’s better than what people had before.

No broadband news has been reported from Traverse County since the last profile was posted.