Grand Rapids, Minn. (October 17, 2018) — More than 25 Moorhead area residents took steps this fall to move the community toward being a place that works for all residents.

Leadership in Ethnically Diverse Communities (LEDC) develops the capacity of all community members in ethnically diverse communities to build inclusion. A program of Grand Rapids-based Blandin Foundation, LEDC has provided experiential leadership training for more than 600 community leaders from 14 rural Minnesota communities.  This is the third time Moorhead area residents have participated in the LEDC leadership program.

Offered in one rural Minnesota community each year, local community members invited Blandin Foundation to bring LEDC to the Moorhead area.  Topics covered during the program included: understanding culture and its role in building relationships, culturally specific differences in conflict interaction styles, activities to build and strengthen relationships among participants, and plans to engage in the community in ways that promote inclusion.

“A healthy community depends on leadership engagement of community members,” said Kathy Annette, Blandin Foundation president and CEO. “The leadership demonstrated by these participants reflects their commitment to their community, as well as to the region and to rural Minnesota.” 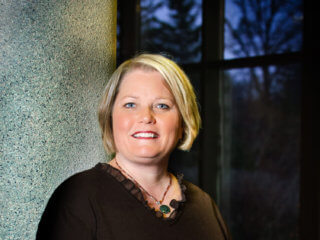