The Web celebrates 25th birthday. Is rural invited to the party? 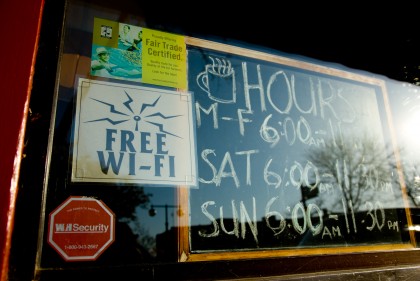 In recognition of the Web’s 25th birthday, Pew Research Internet Project released a  new report looking at the rapid growth of the internet and how it has impacted the “way people get, share, and create news; the way they take care of their health; the way they learn; the nature of their political activity; their interactions with government; the style and scope of their communications with friends and family; and the way they organize in communities.”

Here are a few noteworthy findings:

Americans now agree that broadband is the indispensable infrastructure of the 21st Century – one that’s vital to healthy communities and engaged residents. While Pew’s research shows that broadband adoption rates have skyrocketed, the digital divide still is a chasm we have yet to bridge.

The digital divide is a hot topic in Minnesota’s current legislative session. Just last week, Senator Matt Schmit (DFL) proposed a bill that would make available $100 million in matching dollars for local infrastructure projects in places that have poor access. This comes from a recommendation found in the most recent Governor’s Broadband Task Force report. According to the report, 28.96 percent of Minnesotans do not have access to Internet options that reach the 2015 state speed goal of a minimum 10 to 20 megabits per second for downloads and 5 to 10 megabit per second for uploads (data from October 2013).

Even with access to internet, adoption – or use – of the internet is still a hurdle in many rural communities. In a 2012 Connect Minnesota report, 29 percent of rural households reported they have access but do not use the internet. This is for a variety of reasons, but some simply do not know how to make the most of being plugged in. This is where Blandin Foundation programs like Blandin Broadband Communities Program and the recently wrapped Minnesota Rural Intelligent Communities program have stepped in. These dollars have empowered rural communities to take charge of their future by creating a culture of use. Success stories and lessons learned from MIRC can be read here.

As we celebrate the Web’s birthday, we still need to acknowledge the people who haven’t been invited to the party.

If internet is the indispensable infrastructure of the century, an essential piece in the healthy community puzzle, shouldn’t everyone get an invitation?