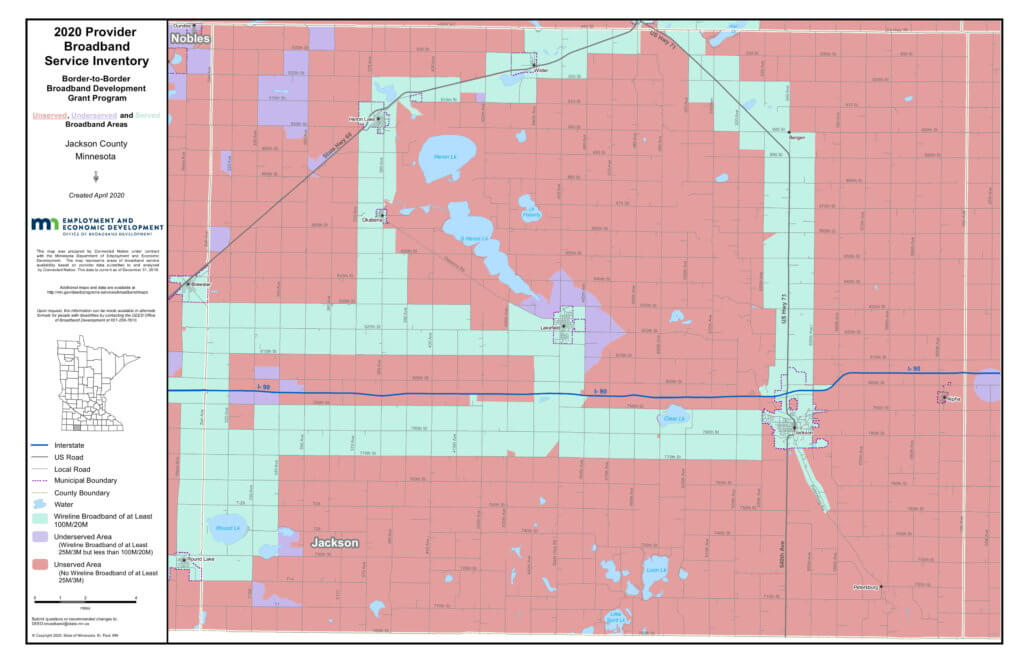 In 2010, Southwest Minnesota Broadband Services (SMBS) received ARRA funds to deploy fiber to the home in Jackson and other counties. Through SMBS, Jackson County was also part of the Blandin Broadband Communities initiative in 2015-2016

No broadband reports from Jackson County since the last broadband profile.

There is a matrix of Minnesota broadband adoption projects; it includes projects from this area.