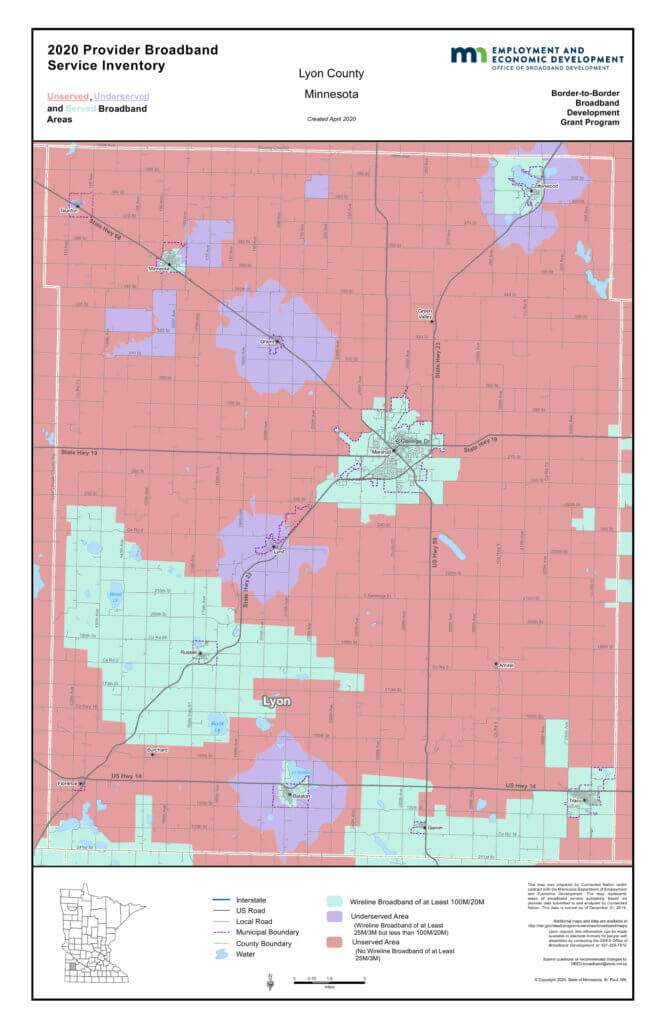 In 2017, Lyon County went from zero to more than 70 percent broadband coverage at speeds of 100/20 Mbps. Unfortunately, a feasibility study in 2018 indicated that it was too expensive to build Fiber to the Home (FTTH) even with the help of a Border to Border grant. But there are hybrid solutions and the County could campaign for higher than 50 percent matches from the Border to Border grants, as others have done.

In Spring of 2018, with support from Blandin Foundation, the county released the results of a feasibility study. It determined that it was not economically feasible to build fiber everywhere in the rural parts of the county using the existing Border-to-Border grant program—the 50% grant matching in that program is not enough to create a sustainable network. However, the hybrid fiber and wireless solutions all look to be economically viable.

No broadband reports from Lyon County since last report.